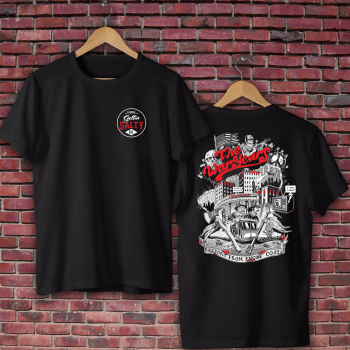 The Bronx Is Burning
In 1970, the area known as the South Bronx was relatively stable–a few vacant lots and a dense, lower-income population, but also a lot of well-kept buildings and desirable tracts of land. Two years later, it was a minefield of burned out buildings–“vacants”–an area riddled with arson, where in some places as much as 90 percent of the population had fled. In the middle of it all was Engine Co. 82, the busiest fire company in the world.

The FDNY call this period in their history, "The War Years." And rightly so, the companies that worked the Bronx and Brooklyn were the busiest in the world. Not very long ago, the Bronx was burning. Day after day, night after night, firefighters responded to vacant and occupied five and six story apartment buildings, rows of attached wood-frame houses, single story commercial buildings, and anything else that greedy and unscrupulous arsonists could set on fire. Taking in up to 10,000 runs in a month, these men waged a desperate fight to save life and property with limited resources and manpower, putting their lives on the line to maintain some degree of order during one of our nation's most chaotic and destructive periods. It was game two of the 1977 World Series, a chilly, blustery October night in the South Bronx. The Yanks were already down 2-0 in the bottom of the first inning when ABC’s aerial camera panned a few blocks over from Yankee Stadium to give the world its first live glimpse of a real Bronx Cookout. "There it is, ladies and gentlemen," Howard Cosell intoned. "The Bronx is burning."

Currently there are no reviews for this product. Share your opinion with others, be the first to write a review.
Related Products