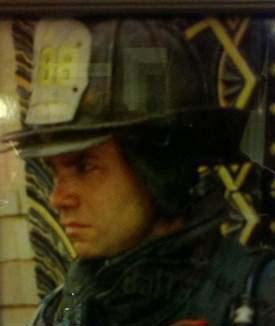 Louis Rufrano is a 27 year FDNY veteran. He was appointed a New York City firefighter in May of 1993 and worked for 4 years at Ladder 117 in Queens. He then transferred in May 1998 and became a charter member of Squad 288 (Special Operations Command). He was promoted to Lieutenant in June 2002 and worked first at Engine 290 and then Ladder 103 in East NY, Brooklyn from December 2002 through June 2008 which is consistently one of the busiest firehouses in the city. He is currently back working at Squad 288 as Lieutenant since 2009. In his 27 years with the Fire Department, he has participated in countless emergency and search operations. He was among those who responded to the World Trade Center on Sept. 11th and worked for many months after on rescue and recovery operations at the WTC site. He worked the night of Hurricane Sandy on October 29th, 2012 and many days after helping to rebuild. He has since retired in October 2019. 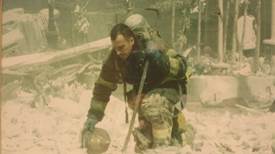 Kevin Kubler is a retired New York City fireman. He was assigned to Engine 210 in Fort Green Brooklyn out of probie school. Worked for a short time in Ladder 16 on the upper East Side of Manhattan. He was a charter member of Squad Company 288 special operations command when they were formed in May of 1998. Responded first due to the Fathers Day Hardware store fire in June of 2001. Although he sustained injury including burns and a broken knee cap during the building explosion, he returned to work full duty and responded to the World Trade Center attacks on September 11, 2001. He worked for the next 11 months at the World Trade Center in the search, rescue and recovery that followed. He spent the rest of his career as the chauffer and senior man in the Squad until he retired in 2014. 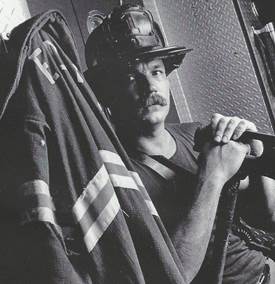 Paul Hashagen joined the fire service in 1976. He became a member of Rescue 1 FDNY in 1983 where he spent the next 20 years. Paul has also served as Chief of the Freeport N.Y. Fire Department. He began his fire cartoons shortly after joining and has designed dozens of company patches and logos. His cartoons have also appeared in various fire service publications including Firehouse Magazine and WNYF the official magazine of the FDNY. Paul and his cartoon work were also featured in the 2004 motion picture Brotherhood: Life in the FDNY.

Paul's cartoons began running in Firehouse Magazine and WNYF in 1982. Firehouse Books published Paul’s cartoon book Hot Flashes in 1987. He continued his artwork as he began his writing career. Paul, a fire historian, has appeared on several History Channel television shows and has been a contributing editor for Firehouse Magazine since his column “Rekindles” appeared in 1995. His first non-fiction book Fire Rescue, The History of Rescue Co. 1 was published by FAJ in 1989. DMC Fire Books published his next non-fiction book A Distant Fire, A History of FDNY Heroes, in 1995. Paul authored the official FDNY history book: Fire Department City of New York, The Bravest, An Illustrated History, published by Turner in 2000 and republished again in 2002. His latest non-fiction work is the book The Firehouses of the Fire Department of the City of New York, he co-authored with photographer Larry Woodcock, MT Publishing 2014.

Paul has also contributed to several other fire books including WTC In Their Own Words, By Cygnus 2011, and the National Fallen Firefighters Foundation book Firefighters, published by Levin Associates in 2003.

Hashagen is also the author of two novels: The Twelfth Hour, DMC Fire Books 2008, and Fire Of God, by DMC Fire books 2010.

Due to popular demand Paul is back at the art desk, working on new cartoons and logos. You can see some of his stories and artwork on his Facebook page, just visit Paul Hashagen- author.