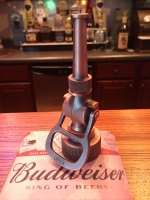 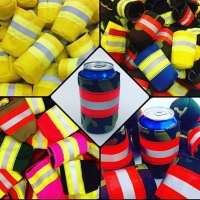 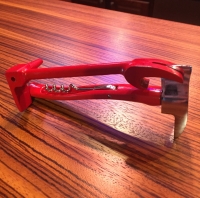 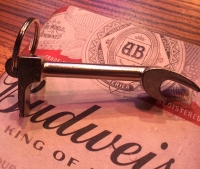 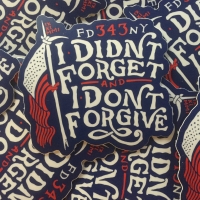 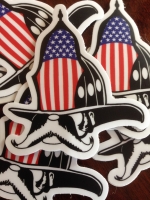 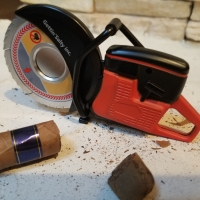 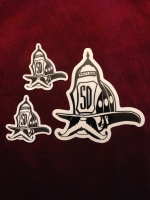 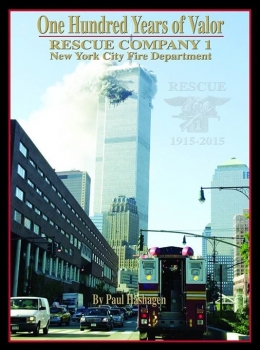 One Hundred Years of Valor Book

They were a company of men, proven firefighters hand picked from hundreds of volunteers. These men had past experience in the trades: iron workers, elevator men, and masons. They would use this knowledge and their new equipment to venture where no one else could. These firefighters handled explosives, dangerous chemicals, and controlled toxic leaks. They were sent to the most dangerous fires: in cellars, sub-cellars and in the holds of ships. These brave men set standards, operating procedures, and an ethic of training that continues to this day.  Organized in 1915 they are the firefighters of Rescue Company 1, New York City Fire Department. For the next century they would dangle from ropes or dive underwater to rescue those in peril. With a wide array of tools, they would extricate people stuck in machines, pinned in vehicle wrecks or trapped in building collapses. They would pull many civilians and firefighters from blazing buildings. The pioneering tools, techniques and innovations they helped forge became the basis of todays heavy rescue companies and Urban Search & Rescue Teams.  Their heritage has been passed on through generations of New York City rescue men. Their stories are many, their impact impressive and their motto is “OUTSTANDING!”

This is an excellent photo & written history of the Elite Rescue Co #1 , FDNY, written by 1 of the greatest fdny writers in history, Paul Hashagen. Who was a also a member of Rescue 1, you will not be disappointed, this is a must buy for the fire buff, fire history buff, fdny buff or anyone interested in the fire department. Color & Black and white photos throughout. I would rate this book 10 stars , but you can only go to 5 stars.
Timothy Young on 09/15/2015 12:32pm

A legendary book written by a legendary fireman. Paul's passion for Rescue 1 and the fire service are on display in One Hundred Years of Valor. This book is sure to satisfy any buffs appetite for knowledge and the history of one of the finest companies of men to serve. A joy to read! Thank you
David Dalrymple on 09/09/2015 06:04am

Wow what an excellent book! I have Paul ' s previous book on Rescue 1 and this volume had not only built upon that but has greatly acceded upon my expectations. Not only impressive photos but the way the stories have been fused to those photos and to the stories themselves bring the experiences to life. I would highly recommend this book to any one who is interested in Rescue 1, FDNY or just firefighting in general. Great job Paul!
Matthew Cattell on 08/27/2015 04:47pm

An amazing piece of work! The amount of time and research out into this piece is amazing. A very well put together and detailed record. The pictures, stories and information is tremendous. Highly recommended to anyone interested in Fire Service history and FDNY buffs. On a side note, Paul is a great guy and was able to fix a small issue with no problems.
Bill Noonan on 08/23/2015 08:15pm

As I expected I was not disappointed with this book real good, the stories and the photos are superb.I don't know how you got all the members who were working but it makes the book so much better.one of the top ten in my mind for fire books.
Phil Baxter on 08/23/2015 04:23pm