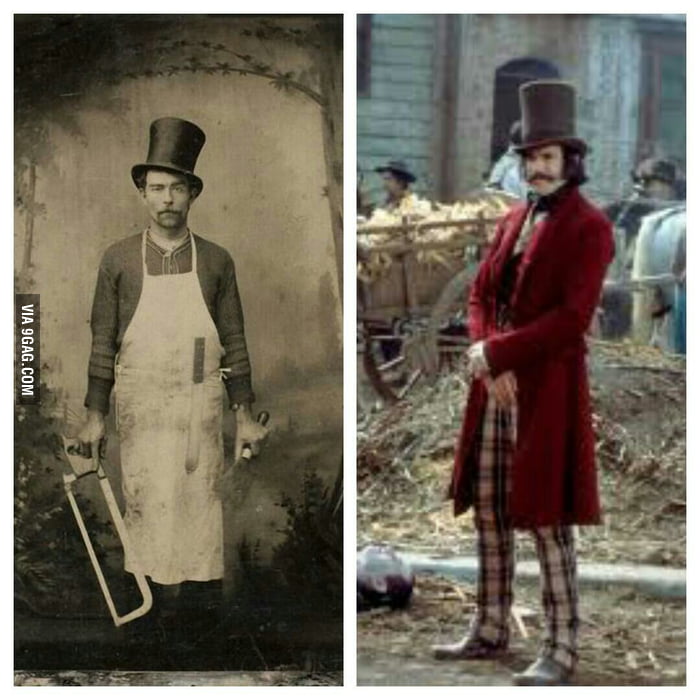 William Poole, a.k.a Bill the Butcher, was one of the most notorious gangsters in all of New York history. He was founder of the Bowery Boys street gang that ruled the Five Points in the 1840s and 1850s.  A butcher by trade who was very skilled with knives, he was a large, imposing man, and was known as one of the toughest street fighters in New York. He led a large gang of hoodlums of American descent, at the behest of the Native American political party. Their chief rivals were Irish gangsters under John Morrissey. A violent gang war between him and Morrissey came to a climax on the night of February 24, 1855. Morrissey was severely beaten by William Poole in the Stanwix Hall, located at No. 579 Broadway. Later that night, three Morrissey gangsters attacked him and shot him through the heart. Despite this, "Bill the Butcher" lived for almost two weeks. His last words were, "I think I am a goner. If I die, I die a true American." He was given one of the most impressive funerals in New York, with 155 carriages and 6,000 mourners in the procession....The world is full of guys...be a man....ENOUGH SAID!
....Now that's salty...

Louis on 04/20/2015 11:20am
This is my favorite shirt. Pretty much says it all. Always get a smile when someone reads it.Nuff said
Related Products